GET AHEAD WITH EXPERT ADVICE

POSTAL INNOVATION 2013 - During the ID WORLD conference in Abu Dhabi a specific postal track is presented. Ipostes has been invited and will address the concept of lights-our letter factories and will present recent evolutions that makes this concept viable.

FORUM POSTAL AFRIQUE 2012 - Ipostes has been asked to set the keynote for a debate on the future logistic platforms within the postal industry. During three days in Marrakesh, Morocco, postal leaders from many african countries will meet up, exchange experience and information, and will learn of recent evolutions in order to optimise their businesses.

LITTERATURE - Ipostes' founder Jacob Johnsen had the honour of writing the chapter on new delivery solutions in the renowned book on postal innovation: "The Future is in the Post III", edited by Derek Osborn and Kristian J. Sund, published by Libri Publishing. This is the third book in a serie of acclaimed postal management literature. See it here.

POSTEXPO 2012 - The yearly postal conference was in Brussels where 3.500+ visitors and 160 exhibitors gathered. Ipostes was asked to moderate a session on "Digital and physical convergence" and we were also asked to give the keynote speech. The room was bursting with postal executives eager to learn more on this. Read about PostExpo here.

POSTEXPO 2012 - The day before the PostExpo conference an Innovation Seminar was conducted. More than 40 people attended and 9 national posts were present. Ipostes' Jacob Johnsen gave lecture on "Delivery Innovation". More on this seminar here.

WORLD MAIL & EXPRESS 2012 - This years prestigious postal awards were presented in Geneva, Switzerland. Ipostes' Jacob Johnsen had the honour of being member of the judging panel for the categories Innovation and Technology and the nominated services and solutions were impressive. Read more on these awards here, and on the conference here.

Meetings in Dubai and Doha - February 2012

IPOSTES - During a visit to the region Ipostes had dialogues with local entities in order to learn about the local activities and to provide services and expertise.

FORUM POSTAL AFRIQUE 2011 - Marrakech was the venue for numerous postal operators, regulators and postal experts for the yearly African postal conference. Ipostes' Jacob Johnsen presented the latest solutions and possibilities in Hybrid Mail and had investigative dialogues with many African posts. Read about this event here.

POSTEXPO 2011 - During the PostExpo 2011 in Stuttgart, Germany, Ipostes was involved in several parts of the conferences. Jacob Johnsen had made an analysis of the use of Social Media and its effect of postal services, especially on mail volumes. During the UPU World Postal Business Forum there was in immense interest for this topic.

POSTECH 2011 - Dubai was chosen for PosTech 2011. Ipostes will be chairing one of the conferences. The PosTech event is the major postal event, not only for the Middle East but also for Africa and Mediterranean countries. Ipostes is proud to support PosTech 2011. Read about it here

POSTAL TECHNOLOGY - In the cover article Saul Wordsworth is investigating hybrid mail and summarises status and future. Ipostes is a leading contributor to the article that also is covering electronic delivery and reverse hybrid mail. You can read the article here

POSTAL INNOVATION 2010 - A part of ID WORLD in Milan, Italy, is dedicated to Postal Innovation. Ipostes was present with both a speech during the conference and in meetings and discussion fora during the three days of the event.

LITTERATURE - Ipostes' founder Jacob Johnsen had the honour of writing the chapter on Hybrid Mail in the most recent book on postal strategies: "The Future is in the Post", edited by Derek Osborn and Kristian J. Sund, published by Libri Publishing. The book has already been entered as mandatory reading in postal education a number of universities.

POSTEXPO 2010 - During PostExpo 2010 in Copenhagen, Ipostes was in charge of a hybrid mail workshop. The workshop was well attended, and saw exiting presentations from Pawisda, Scalaris and Ipostes. There was a lively discussion with much exchange of ideas. Also Ipostes gave a presentation during the operations conference.

BUSINESS REVIEW - Ipostes was invited to review a national posts hybrid mail business. After a careful review of all aspects of the business, the technologies, the market and customer perception, a major report was delivered, that will help this post improve its hybrid mail operation.

WORLD MAIL & EXPRESS 2010 - During the conference Ipostes gave a presentation on hybrid mail, the trust and the green effect of this. The conference was well attended and showed that there is a major interest in developing new ideas within posts.

COMMERCIAL TRAINING - We have recently worked with a national post to introduce and promote their newly acquired hybrid mail production centre. Training included both technical and commercial aspects, strategic sales process, organisation and procedures as well as participating in initial customer visits.

POSTEXPO 2009 - Our presence during the yearly postal event PostExpo included speaking during the Operations Conference on Implementing Technology Changes, as well as having dialogue with numerous posts, especially from developing countries.

More News on the home page....

Ipostes was based on a growing hybrid mail business and we have the best knowledge on international level.

Any deep understanding of the business starts with understanding technology. On top of this we are on the edge of any news in our fields.

Communication is at the essence of Ipostes work, and we are continuously publishing articles, reports and books within our fields.

Our research is based on interviews of users, service and technology providers, experts, reports, statistics and our in-house database. 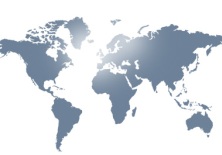